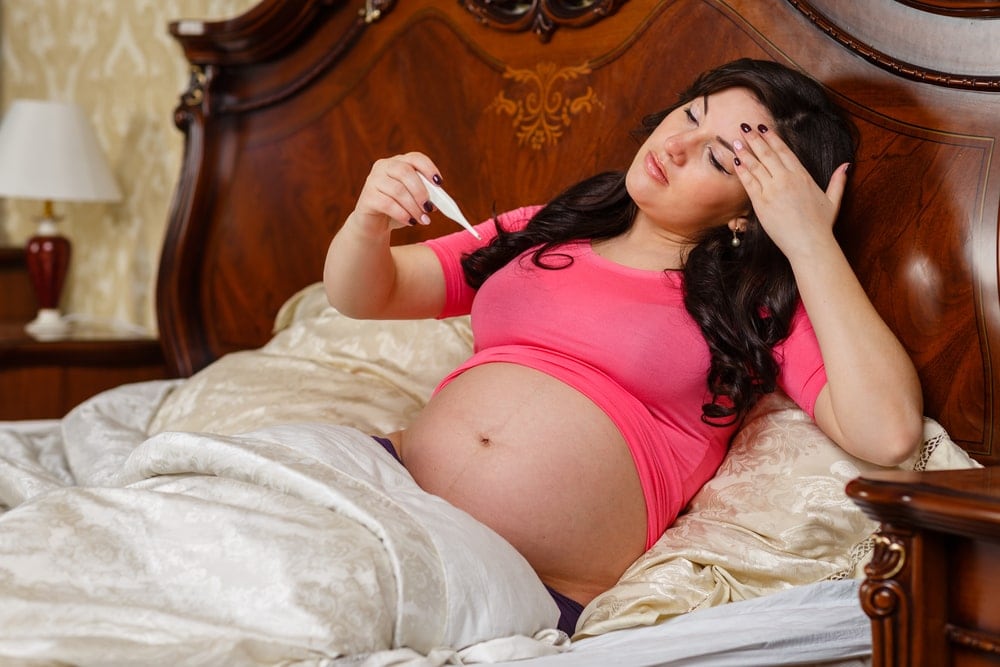 Fifth disease is a contagious infection that is caused by the human parvovirus B19 and spread through coughing, sneezing, or bodily fluids. How common is Fifth disease during pregnancy? Approximately 1 in 400 expecting mothers in the United States are infected with the Fifth disease each year. The majority of women who contract Fifth disease while pregnant will go on to have healthy babies.
However, as with any illness, it is important to understand the signs, symptoms, treatment options, and possible effects of the disease on both mother and baby. Below you will find steps for treating and preventing Fifth Disease while pregnant.

What are the Symptoms of Fifth Disease During Pregnancy?

The Signs and symptoms of the Fifth disease while pregnant can include:

Typically the red rash presents itself in children, while the other symptoms are most commonly found in adults. The symptoms of the Fifth disease are consistent in all adults regardless of pregnancy status.

How Do You Diagnosis Fifth Disease During Pregnancy

If you suspect that you have been exposed to the Fifth disease but you do not have a rash, a blood test will need to be administered in order to test for infection. When the Fifth disease is contracted during pregnancy, the primary source of concern is for your unborn child.
In many cases, your health care provider will suggest additional ultrasounds for 8 to 12 weeks in order to watch for any potential pregnancy complications.  If the ultrasound shows signs of the illness in your baby, your health care professional may recommend amniocentesis or cordocentesis to confirm the infection and its severity.

Although it is rare, approximately 5% of the time, the Fifth disease can cause complications during pregnancy. The number one complication of the Fifth disease to your unborn child is anemia. Anemia is characterized as a lack of healthy red blood cells.
Red blood cells are important for the development of your baby as they carry oxygen to the body. In most cases, the anemia is not severe and can simply be monitored for health concerns after birth. However, if the baby has severe anemia, there is a risk of developing Hydrops.
Hydrops is a buildup of fluid in your baby’s body. The development of Hydrops is serious as it can lead to congestive heart failure and possibly death. Some health care professionals choose to combat Hydrops by performing a blood transfusion while the baby is in utero. If your baby has Hydrops during the third trimester, you may need to be induced to give birth early.

How do you Treat Fifth Disease While Pregnant?

Remember that Fifth Disease while pregnant occurs in approximately 1 in 400 cases.  Of those cases, only 5% experienced a complication of concern. Usually, the Fifth disease is mild and will resolve on its own without any treatment in healthy children and adults. Babies are monitored for signs of the infection and possible anemia. In the rare incidences when the condition worsens, your healthcare provider may treat your baby with blood transfusion while in utero.

How Do You Prevent Fifth Disease During Pregnancy?

There is currently no vaccine against the Fifth disease, so the best treatment or action against Fifth Disease is prevention.
Some ways to keep you from becoming infected include:

The good news is that the steps you take to avoid Fifth Disease also protect you against other bacteria, viruses, and infections.