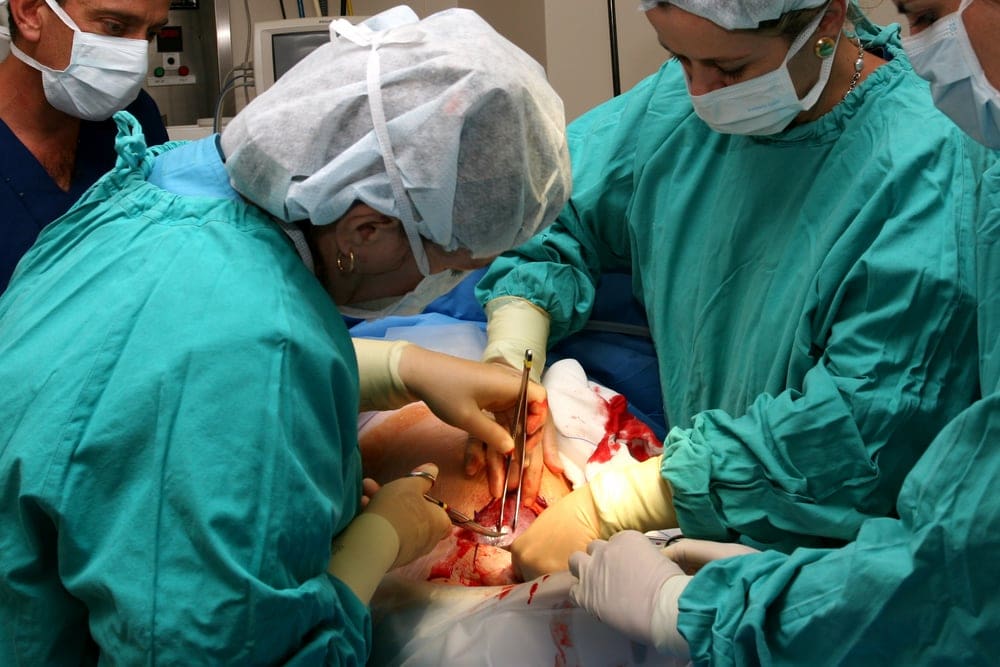 Reasons for a Cesarean Birth

What are the Reasons for Cesarean Deliveries?

A cesarean delivery is a birth that occurs through an incision in the abdominal wall and uterus rather than through the vagina.

Placental abruption: This is the separation of the placenta from the uterine lining that usually occurs in the third trimester. Approximately 1% of pregnant women will experience placental abruption. The mother will experience bleeding from the site of the separation and pain in the uterus. This separation can interfere with oxygen getting to the baby, and depending on the severity, an emergency cesarean may be performed.

Uterine rupture: In approximately 1 in every 1,500 births, the uterus tears during pregnancy or labor. This can lead to hemorrhaging in the mother and interfere with the baby’s oxygen supply. This is a reason for immediate cesarean.

Cord prolapse: This situation does not occur often, but when it does, an emergency cesarean is performed. A cord prolapse occurs when the umbilical cord slips through the cervix and protrudes from the vagina before the baby is born. When the uterus contracts, it causes pressure on the umbilical cord, which diminishes the blood flow to the baby.

Fetal distress: The most common cause of fetal distress is a lack of adequate amounts of oxygen delivered to the baby. If fetal monitoring detects a problem with the amount of oxygen that your baby is receiving, an emergency cesarean may be performed.

Failure to progress in labor: This can occur when the cervix has not dilated completely, labor has slowed or stopped, or the baby is not in an optimal delivery position. This can be diagnosed correctly once the woman is in the second phase (beyond 5 centimeters dilation), since the first phase of labor (0-4 centimeters dilation) is almost always slow.

Repeat cesarean: Ninety percent of women who have had a cesarean are candidates for a vaginal birth after cesarean for their next birth (VBAC). The biggest risk involved in a VBAC is uterine rupture, which happens in 0.2-1.5% of VBACs. However, there are criteria you must meet in order to have a VBAC. Consult with your health care provider about your current situation and your options.

Cephalopelvic Disproportion (CPD): A true diagnosis of CPD occurs when a baby’s head is too large or a mother pelvis is too small to allow the baby to pass through.

Active genital herpes: If the mother has an active outbreak of genital herpes (diagnosed by a positive culture or actual lesions), a cesarean may be scheduled to prevent the baby from being exposed to the virus while passing through the birth canal.

Diabetes: If you develop gestational diabetes during your pregnancy or are diabetic, you may have a large baby or other complications. This increases your chance of having a cesarean.

Birth defects: If a baby has been diagnosed with a birth defect, a cesarean may be done to help reduce any further complications during delivery.