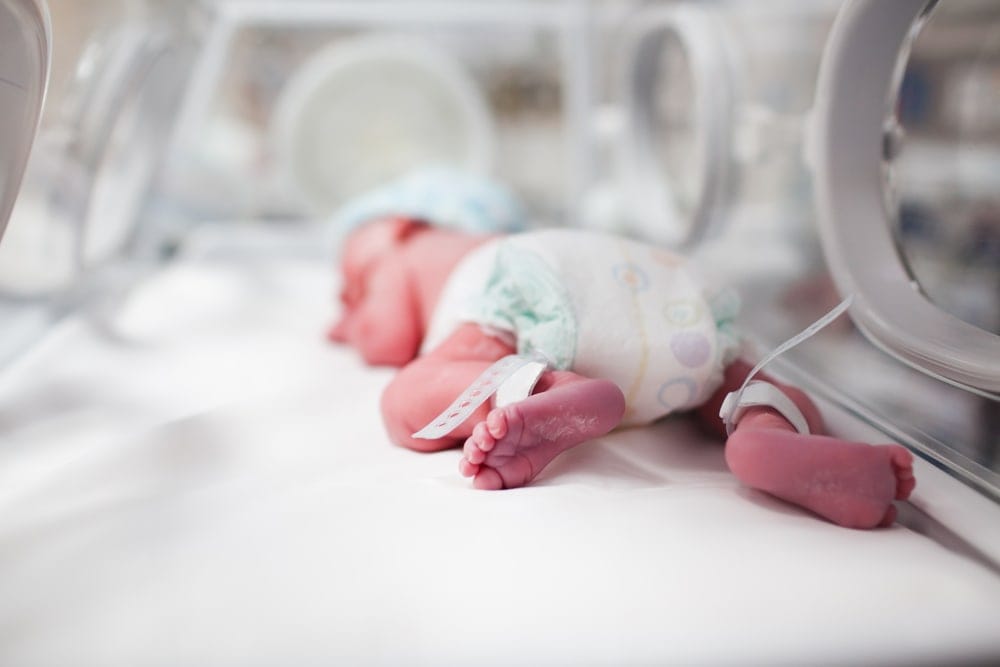 The Most Common Premature Birth Complications

The risk of complications increases the earlier the baby is born. Any complication that premature newborn experiences will be treated in the neonatal intensive care unit (NICU).

Below is a list of the most common premature birth complications that a newborn may experience:

Immature Lungs – Most babies have mature lungs by 36 weeks of gestation. However, since babies develop at different rates, there are exceptions to this. If a mother and her health care provider know that the baby might be coming early, an amniocentesis may be performed to check the maturity level of the lungs. In some cases, an injection of steroids will be given to the baby before the delivery in order to speed the development of the lungs. The major concern in cases of premature labor is the development of the newborn’s lungs.

Immature lungs are associated with the following complications:

Respiratory Distress Syndrome (RDS) causes harsh, irregular breathing and difficulties due to the lack of a specific agent (surfactant) in the lungs that helps prevent the lungs from collapsing. Treatment involves one or more of the following: supplemental oxygen (through an oxygen hood), use of a respirator (ventilator), continuous positive airway pressure, endotracheal intubation and in severe cases, doses of surfactant.

Transient tachypnea is rapid shallow breathing. This can occur in both premature babies as well as full-term babies. Recovery usually takes three days or less. Until the newborn has recovered, feedings may be altered, and in some cases, intravenous feedings may be done. There is usually no other treatment necessary.

Bronchopulmonary Dysplasia (BPD) occurs when a baby’s lungs have shown evidence of deterioration. Unfortunately, when preemies are put on a ventilator (also known as respirators) their lungs are still immature and sometimes cannot withstand the constant pressure from the respirator.
Preemies that have been on a respirator for more than twenty-eight days are at risk of developing BPD. Preemies can recover from this condition but some take longer to recover than others.

Pneumonia – Complications with premature-related respiratory problems can lead to pneumonia. Pneumonia is an infection in the area of the lung involved in the exchange of carbon dioxide and oxygen. It causes inflammation, which reduces the amount of space available for the exchange of air. This can result in inadequate amounts of oxygen for the baby.  Treatment can include antibiotics, supplemental oxygen, and intubation.  If left untreated, it can develop into a deadly infection or lead to sepsis or meningitis.

Apnea and Bradycardia – Apnea is the absence of breathing. In the NICU an alarm will sound if a newborn develops an irregular breathing pattern of pauses longer than 10-15 seconds. Bradycardia is the reduction of heart rate.
An alarm will also sound if the newborn’s heart rate falls below 100 beats per minute. Usually, a little tap or simple rub on the back helps remind the preemie to breathe and also increases the heart rate.

Infection – A premature baby might not be able to resist certain infections. For its own protection, the baby is placed in an incubator to provide protection against these infections.

Jaundice – A yellowish skin color caused by the buildup of substances in the blood called bilirubin. Treatment involves being placed under a bilirubin light. Treatment is called phototherapy. The procedure can take from one week to 10 days.

Intraventricular hemorrhage (IVH) – Babies born sooner than 34 weeks have an increased risk of bleeding in the brain because immature blood vessels might not tolerate the changes in circulation that took place during labor. This can lead to future complications such as cerebral palsy, mental retardation, and learning difficulties. Intracranial hemorrhage occurs in about 1/3 of babies born at 24-26 weeks gestation.

If preterm labor is identified and is inevitable, there are medications that can be given to the mother to help reduce the risk of severe intracranial hemorrhage in the newborn.

Immature gastrointestinal and digestive system – Premature newborns are born with gastrointestinal systems that are too immature to absorb nutrients effectively. In such cases, they receive their initial nutrients through intravenous (IV) feeding. This is referred to as total parenteral nutrition (TPN). After a few days, newborns may be fed through a tube with breast milk or formula because they might not yet have the ability to swallow or suck on their own.

Anemia – This is a medical condition caused by abnormally low concentrations of red blood cells. Red blood cells are important because they carry a substance called hemoglobin, which carries oxygen. Most premature newborns should have red blood cell levels higher than 15 grams. However, preemies are at a high risk of having lower levels. If the anemia is severe, treatment can involve a transfusion of red blood cells to the newborn.

Retinopathy of Prematurity (ROP) – This is a potentially blinding eye disorder. It affects most premature newborns between 24-26 weeks gestation but rarely affects them beyond 33-34 weeks gestation. There are many different stages of this condition, and the prescribed treatment will depend on its severity. Treatments can include laser surgery or cryosurgery.

Necrotizing Enterocolitis (NEC) – This condition occurs when a portion of the newborn’s intestine develops poor blood flow, which can lead to infection in the bowel wall. Treatment includes intravenous feeding and antibiotics. Only in severe cases is an operation considered necessary.

Sepsis – This is a medical condition where bacteria enter the bloodstream. Sepsis often brings infection to the lungs and can result in pneumonia. Treatment involves antibiotics.

For more information on premature newborns, you can visit www.marchofdimes.org/prematurity