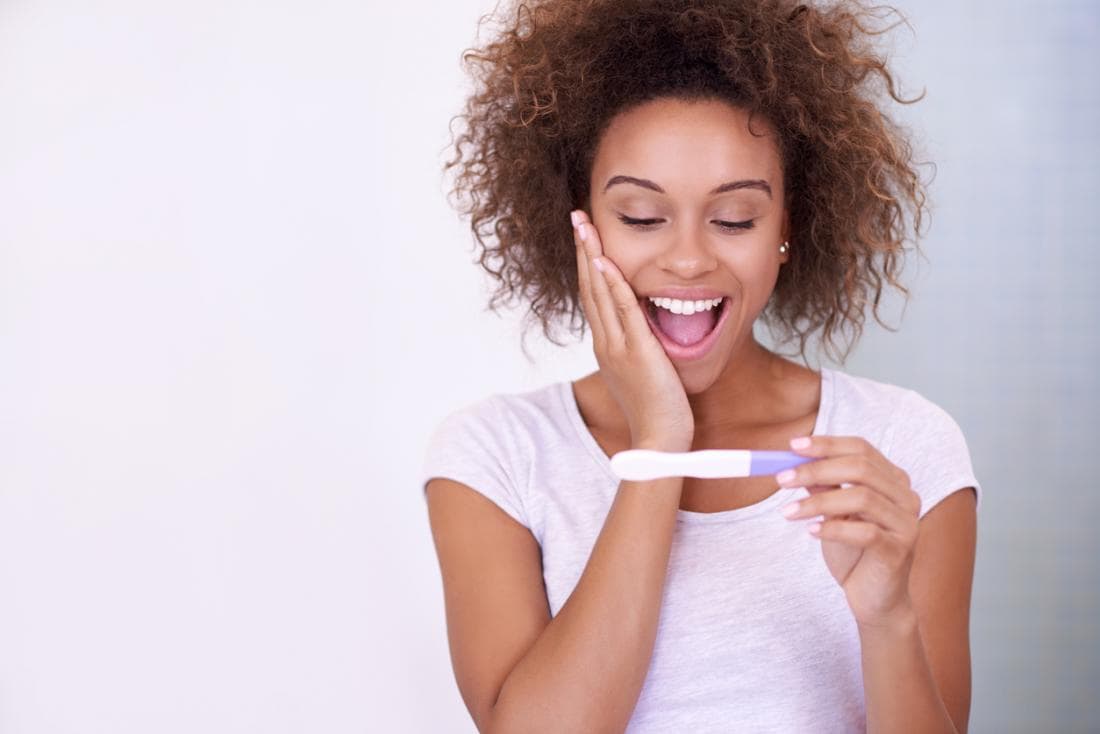 How to Know if You are Pregnant

The only way to know answer the question “Am I pregnant” is to take pregnancy test. Many early pregnancy symptoms such as nausea and fatigue may be signs of other conditions. Women and men from over 40 countries call or chat asking our nurses and pregnancy educators “how do I know if I’m pregnant?”

Here are some of the most frequently asked questions pregnancy symptoms:

Can I be pregnant and still have a period?

Pregnant women can have some light irregular bleeding during pregnancy, but it should not be like a “normal” period. Some women can confuse this for their period because often it can come right around the time she was expecting her normal period.

The irregular bleeding or spotting that can occur during pregnancy is often a dark brown or a light pinkish color. It should not be enough bleeding to fill pads or tampons over a few days. If you are bleeding enough to fill pads and tampons, then this would be a good indication that you are probably not pregnant. Learn more about getting pregnant while on your period.

What if I have a positive pregnancy test and then start bleeding?

About 25-30% of pregnant women experience some type of spotting or bleeding in early pregnancy. This can be a result of many different factors including implantation bleeding, infection, cervical irritation, ectopic pregnancy or a threatened miscarriage.

Many women who have this light bleeding go on to have normal pregnancies and healthy babies. About half of the women who experience some light bleeding will go on to have heavier bleeding that will ultimately result in miscarriage.
Unfortunately, there is no way to predict whether or not vaginal bleeding will progress to miscarriage. If you experience light bleeding that continues to get heavier, accompanied by painful cramping, back pain or stabbing pains, then you would want to seek medical attention right away.

If you experience some very slight spotting that then goes away, you would want to make sure to share this with your healthcare provider so that they are fully informed of everything you are experiencing in your pregnancy.

What if I have symptoms of pregnancy followed by a heavy period?

If you are experiencing symptoms that could indicate pregnancy and made you think you may be pregnant, but then have heavy bleeding, you may want to see a healthcare provider as soon as possible. This could be caused by a hormonal imbalance, an infection, or a possible miscarriage.

What if I notice some cramping during pregnancy?

Pregnant women may experience some light cramping early in pregnancy. The cramping is often like light menstrual cramps through the lower abdomen or on one side or the other. It is often a result of all the changes that are occurring in the uterus as the implanted egg begins to grow and develop. Also, a cyst, called the corpus luteum cyst, can develop on the ovary at ovulation.

This cyst forms in the spot on the ovary where the egg comes out before making its journey to the uterus. It then produces progesterone until the placenta has formed enough to begin producing its own progesterone. The cyst can cause some discomfort for women in early pregnancy.

Can the exact date of conception be determined accurately?

Many women have questions about the date of possible conception, and unfortunately figuring this out is not always so easy. The assumption is that if a woman has pretty regular menstrual cycles, then she will be ovulating during a certain time of the month.

Ovulation is the time when conception can take place because that is when an egg is made available. The problem is that most women do not ovulate on an exact date each month, and many women have a different ovulation day from month to month.

If you also take into account that sperm can live in the body 3-5 days after intercourse has taken place, this can make determining conception very difficult.

Most doctors use the first day of the last period (LMP) and ultrasound measurements to gauge the gestational age of a baby and determine when the baby was conceived. But these are just tools used to estimate the dates—it is very hard for anything to tell what the exact date of conception really is.

Most people do not realize that ultrasounds can be off up to 5-7 days in early pregnancy and up to a couple of weeks off if the first ultrasounds are done farther into the second trimester or beyond.

Due dates are not an accurate tool for determining conception since they also are only an estimation date (only 5% of women give birth on their due dates). If you are seeking the estimated date of conception for paternity reasons, and intercourse with two different partners took place within 10 days of each other, we strongly encourage that paternity testing to be done; this testing can be done during pregnancy and after the baby is born. It is the only way to accurately know who the father is.

If I have a negative pregnancy test after I have missed my period, does that mean I am not pregnant?

A negative result can mean that you are not pregnant, you took the test too early, or you took the test wrong. Pregnancy tests vary in their sensitivity (how soon they can detect the hormone hCG), and you may not have given your body enough time to produce enough hCG hormones that will show up on the test.

Also, if you let a test sit for too long (after the instructions on the box tell you), the test is invalid. It is best to follow the instructions and wait until you have missed a period before taking the test. Some women show up accurately on a test the day they miss a period, while others may not show up positive until 3-4 weeks after a missed period.

We encourage women to test after a missed period; if the result is negative they should wait a week and test again if a normal period has not started.