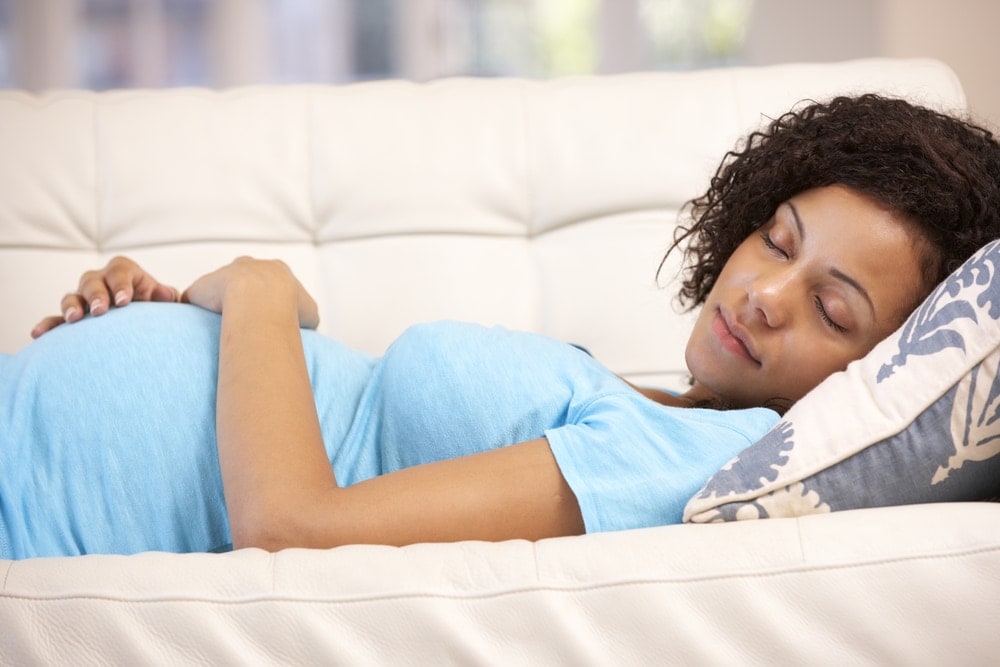 Bed rest is commonly prescribed during pregnancy to alleviate certain pregnancy complications. Some women know it is coming because of their medical history, whereas others are surprised during a routine checkup. Bed rest is common, so don’t be alarmed.

Bed rest will differ from woman to woman and may range from simple periodic resting at home to full bed rest with monitoring in a hospital.  Some women will discover that their health care provider places them on bed rest for a brief period to help a complication stabilize, while other women may be placed on bed rest throughout most of their pregnancy if they have what is called, a high-risk pregnancy.

What are the common reasons for bed rest during pregnancy?

Your healthcare provider may prescribe bed rest for any number of reasons, but in all cases, it is to increase the probability that you continue with a healthy pregnancy.

Here is a list of pregnancy complications that may lead to bed rest:

How will bed rest help?

In most cases, bed rest is used to give the body it’s best chance to normalize. Bed rest will be used with women who have conditions related to high blood pressure in order to decrease stress and lower blood pressure. Work, activity, lifting, or exercise may worsen or provoke certain situations, so bed rest may be prescribed to reduce vaginal bleeding or decrease the chance of premature labor. Bed rest may also be necessary to help increase blood flow to the placenta.

What is the best position for bed rest?

The best position for bed rest will depend on your situation and what complication your health care provider is trying to address or prevent. In most cases, your healthcare provider will request that you sleep and rest on your side, usually with your knees or hips bent, and maybe with a pillow between your knees.

How can I deal with bed rest discomforts?

Bed rest will tend to cause your muscles to lose tone and make some of your joints ache. Lying down for long periods of time can also reduce your blood circulation. Changing from side to side will help stimulate your muscles and relieve pressure.

Exercise is important for your blood circulation, but make sure that you visit with your health care provider before you begin any exercises.
Below are common exercises that may be used:

Avoid using your abdominal muscles when you are stretching or exercising.  Again, consult with your healthcare provider about the best ways for you to get exercise in your situation.

The “do’s” and “do not’s” during bed rest will vary from woman to woman, depending on your situation and the reasons that bed rest is prescribed by your health care provider.  It is important to get a clear understanding of what is allowed during your bed rest period.
In most cases, bed rest will require that you avoid lifting, exercising, or any strenuous activity.

Here is a list of activities to discuss with your health care provider:

If your bed rest occurs for a long period of time, it is important to discuss exercises or activities that you are allowed to do to keep your blood circulating.

How can I make the best of bed rest?

Bed rest may sound fun, but it is usually challenging for most women, particularly if it is for longer periods.

There are a number of activities you can engage in to make your bed rest a more positive experience:

Here is a checklist of items you may want near the bed or couch:

What is a doula?
The doula  is a professional trained in childbirth who provides emotional, physical, and educational support to a mother who is expecting, is experiencing labor, or has recently given birth. Their purpose is to help women have a safe, memorable, and empowering birthing experience.
What do braxton hicks feel like?
Braxton Hicks are also known as false labor. They help prepare the body for true labor, but they do not indicate labor has begun. These are contractions of the uterus that start as an uncomfortable but painless tightening begining at the top of your uterine muscles. They cause your abdomen to become very hard and strangely contorted (almost pointy). The contractions are infrequent and irregular in intensity – usually lasting about 15-30 seconds.
When do women ovulate?
A woman generally ovulates halfway through her menstrual cycle, which is around day 14 of the average 28-day cycle, counting from the first day of one period to the first day of the next.
When does ovulation occur?
Ovulation usually occurs halfway through your menstrual cycle, around day 14 of the average 28-day cycle counting from the first day of one period to the first day of the next.
What does a miscarriage look like?
Vaginal bleeding is the most common sign of miscarriage. This can vary from light spotting to a heavy bleed depending on how many weeks pregnant your are. Other symptoms may include abdominal cramping, lower back pain and passage of fluid or tissue from your vagina. Call your doctor if you’re experiencing these signs.
What does a mucus plug look like?
The mucus plus is usually clear, slightly pink or blood-tinged in color. It can be stringy mucous or sticky discharge. Some women might not notice the loss of their mucus plug since there is already an increase in vaginal discharge during pregnancy.
What causes miscarriage?
The most common cause of miscarriage is chromosomal abnormality – meaning something is wrong with the baby’s chromosomes and it’s not developing normally. Most chromosomal abnormalities are the cause of a damaged egg or sperm cell or are due to a problem at the time that the zygote went through the division process. The reasons for miscarriage are varied, and most often cannot be identified.
How long does implantation bleeding last?
Implantation bleeding is generally light and short, between a couple of hours to three full days.
When does implantation bleeding occur?
Implantation bleeding occurs when the embryo implants in the lining of the uterus, usually around 7 to 10 days after fertilization. This bleeding could happen near the time you would expect your menstruation cycle. Learn how implantation bleeding differs from period bleeding.
What does implantation bleeding look like?
Implantation bleeding looks different from your period. Implantation bleeding is more of of a “spotting” rather than a full “flow” like your period. It’s typically a lighter pink rather than blood red and doesn’t have clots. It can happen about the time you’re expecting your period so it’s very easy to confuse the two.
How soon can you take a pregnancy test?
The best time to take a pregnancy test is 7 days after a missed period, and first thing in the moring with your first urine of the day. Learn why if you take a pregnancy test sooner than 7 days you may get a false negative.
What is preeclampsia?
Preeclampsia is a condition that occurs only during pregnancy. Symptoms may include high blood pressure and protein in the urine, usually occurring after week 20 of pregnancy.
What is ovulation?
Ovulation is when a mature egg is released from the ovary, pushed down the fallopian tube, and is made available to be fertilized.
Am I pregnant?
Are you experiencing pregnancy symptoms that having you asking “Am I pregnant?” A missed period is the key pregnancy symptom. Our free due date calculator will help pinpoint your conception and due dates.
When do you ovulate?
When do you ovulate? You ovulate about about halfway through your menstruation cycle. That’s day 14 on an average 28-day cycle. Our free ovulation calculator will help you determine when you ovulate next. 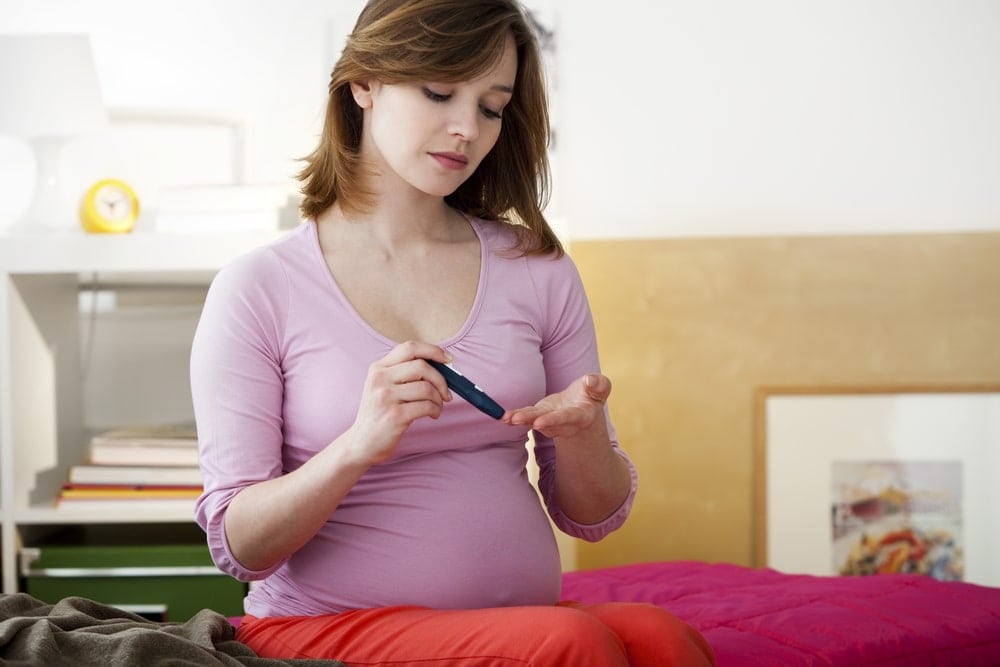 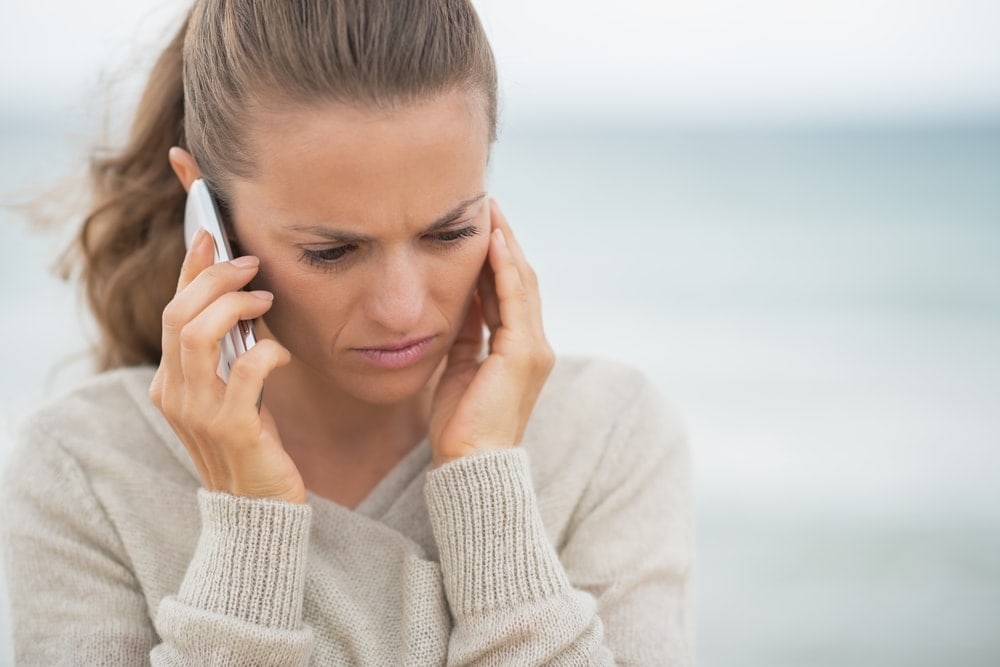